EP 12: Joe Willis – From Military Police To Breaking The Stigma of Mental Health 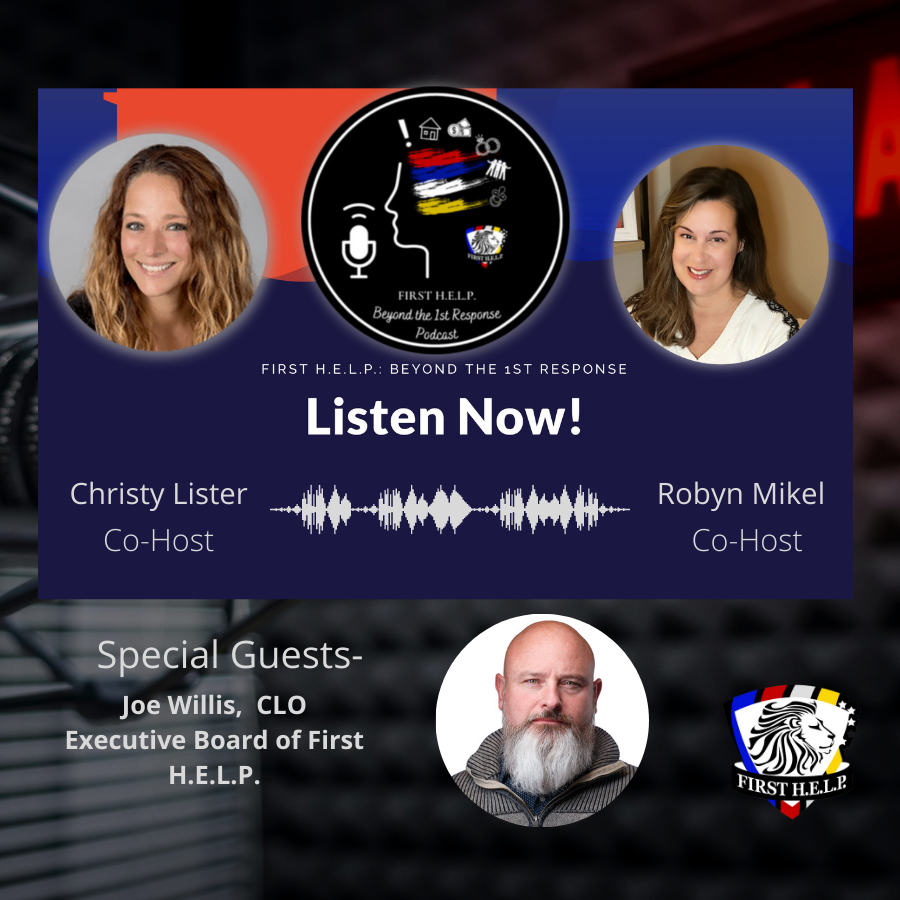 In this episode of Beyond the 1st Response, Robyn and Christy talk with First H.E.L.P. CLO, Joe Willis. We hit on everything from his family roots deeply embedded in the first responder world to his own path to becoming an MP to following his passion of educating others about first responder mental health.

The first responder profession practically runs through Joe’s veins with his dad being a fireman and his mom a nurse. Joe initially wanted to be a fireman like dad but ultimately decided to join the military as an MP. To this day, he recalls his Dad’s first major event, a fire that ended in fatalities. He also remembers one of his guys struggling and how that affected how he did his job.

Meeting Karen Solomon at a conference

Joe began speaking at conferences after retiring from the military. At one of them he heard a speaker that had a passion for helping police officers with understanding mental health and the prevention of suicides. Karen Solomon caught the attention of not only the entire audience but something in Joe that made him aware he needed to learn more. After following Karen on social media, he began engaging in conversation and ultimately stepping into the role of Learning Chief Officer on the executive board on First H.E.L.P.

Joe has helped to create a curriculum that First H.E.L.P. is taking into First Responder departments all over the country. The First Responder Readiness course for Supervisors is changing the way our departments are viewing mental health. However, as with all culture shifts, breaking the Stigma takes time. By having these conversations one department at a time Joe hopes to drive home the message of #SoWhat if there is a conversation at the firehouse dinner table about that call that hit home? #SoWhat if you have to take your headset off and walk away for a moment? It’s ok to take that time and process the call, it’s ok that the call hit you differently than someone else.