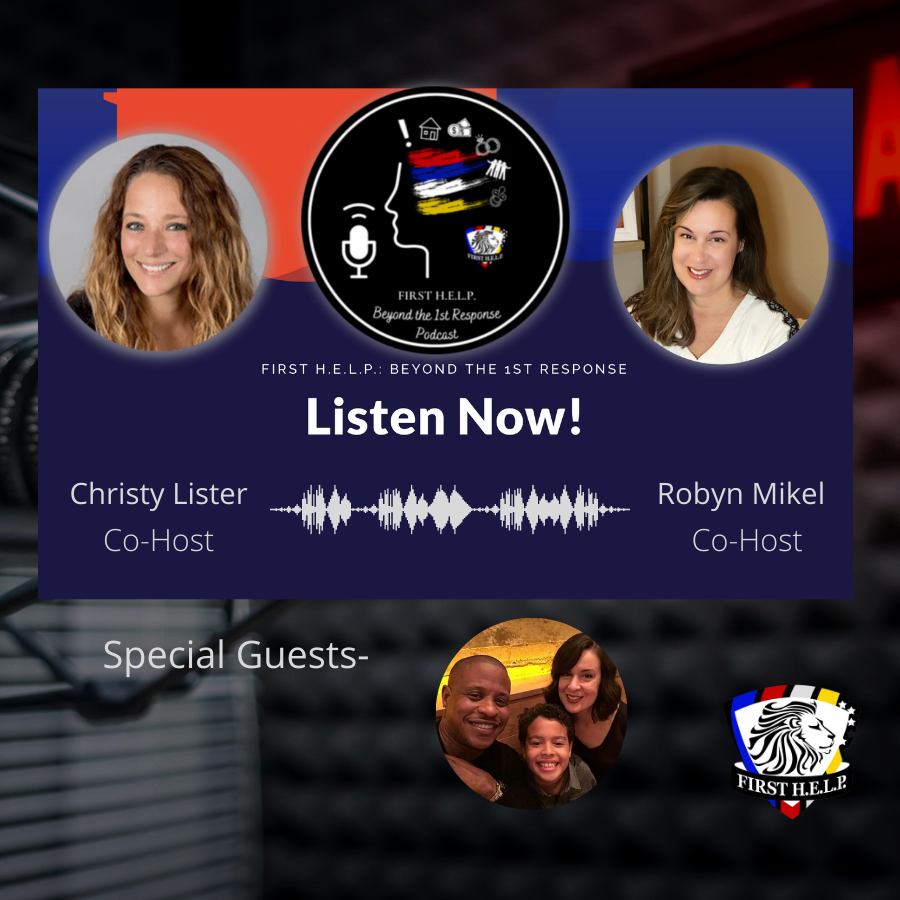 In this episode of Beyond the 1st Response, Robyn and Christy discuss what it looks like after you have a first responder suicide affect your home, the process of what goes through your head, and working to honor her husband with a line of duty death.

Eric and Robyn were together for about 25 years, meeting in their twenties. The fire department was not is his first job. They went to college together and pursued careers in advertising, living in Oakland and commuting to San Francisco. Enjoying their careers and life, then 9/11 happened. Eric has an Uncle that is a retired fire captain, so the fire fighting urges flowed through his veins. He realized that he was never comfortable with sitting behind a desk and was always out of his comfort zone. A friend of his mentioned that he was going to start taking come fire science classes and a local community college. Eric felt the pull to attend the courses as well. He left his job and began his three-year journey to becoming a firefighter.

After joining the Alameda County fire reserves he was hired to a department. Beginning a new career, new home, new life, and new baby on the way. Tragically, the pregnancy was lost and they had to deliver their stillborn baby girl. Burying a child is one of the toughest things a family will ever go through. Eric still being on probation during this made grief more stressful. Working at one of the stations that experienced extreme calls, and tragic events, Three years after the loss of their daughter, they gave birth to their son.

Looking back, 2018 things began coming to a head. Eric began to become more aggressive, drinking heavily and disappearing, home life became more isolating. Robyn, would confront Eric about the drinking and his disappearances, only for him to become more confrontational. Two months before Eric died, he disappeared again. Robyn reached out to a couple that they were friends with to help her search for him. Eric had been at a hotel drinking and wanted to take his life. Robyn had no idea how to help him.

Fast forward, to June 24th, 2019, she came home after picking their son up from school, only to see that Eric was sitting on the couch with a bottle in his hand. Robyn told him she walking out to get some food (as a means to call someone for help) and will be right back. He said goodbye to her and walked into the bedroom.  This was the last interaction they had…

I Had No Idea How Any Of This Works

Sitting in a hotel room, that Alameda County set up for Robyn and her son until they could find a place to live. She was given an attorney’s name and they spoke in-depth about the years before. Eric had PTSI, now they worked on getting the benefits of a line of duty death. Robyn not only was able to succeed in this, she and her son also accepted the medal of honor from the IAFF for the line of duty death.

Beyond The First Response Show Links: