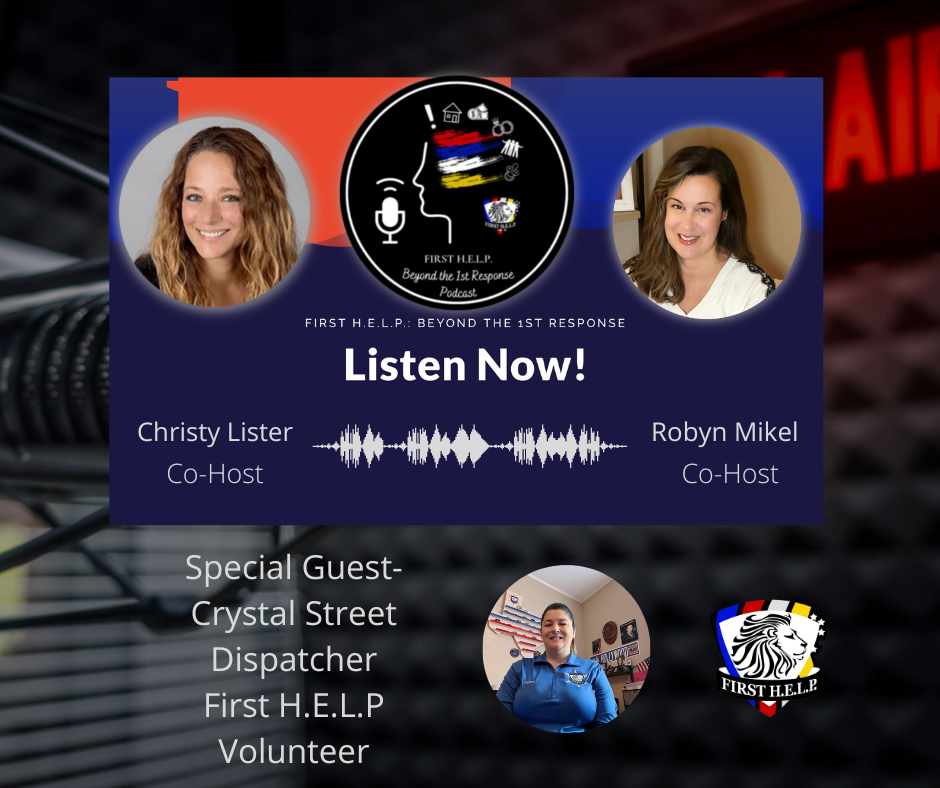 February 28th, 1997 became a day that changed many lives. Crystal was only 5 years old in when the infamous North Hollywood shootout occurred. On scene was her father Sgt. Israel Sonny Medina was an 18yr veteran of the Los Angeles Police Department. Sgt. Israel Sonny Medina was the Sergeant on shift on this day. Ultimately, having to make a decision no one was prepared for, and without the proper equipment. Officers were forced to go into local gun dealers and grab whatever they could to protect the community and themselves. This didn’t come without backlash, after the events that day many officers were part of a lawsuit. On the day that Crystal’s father was scheduled to testify in federal court, he didn’t show and a wellbeing check was done. Once they gained entry he was found deceased of a self-inflicted gunshot wound. The traumatic event alone didn’t cause Sgt. Israel Sonny Medina to take his life, but this was one of many that had piled up over the years. Following the North Hollywood shootout, Crystal can proudly state that her father was part of a policy change protecting officers by providing them the ability to carry semi-automatic weapons in their vehicles.

Being a first responder child, you often don’t know what your parent deals with every day at work and sometimes off shift. Street states her father like most first responders lived a life at work, and at home, he was at home. Though as a police officer this is something that was difficult at times, as he was involved in a shooting while off duty at a shopping mall. This is one of the meaningful reminders that your job doesn’t end when the shift is over. As a child, you know what your parent does as a job but when your parent tries to leave the job at work but the job doesn’t leave them it becomes very difficult to communicate. Although Crystal was only five years old at the time, she reflects back that she wished he would have talked more so that she and her siblings would have been able to understand, and they would have understood.

What I Learned That Helps My Family Now

Crystal dreamed of following in her Dad’s footsteps as a police officer, but after getting injured at the academy she now serves as a dispatcher in Texas. She followed the steps of many first responders that sat in the aftermath of bad calls, finding herself drinking, and medicating to sleep. What changed for her, is she realized that she wanted to start having children and started back into therapy instead of turning to bottle therapy. Now that she has children, she has made it a priority to help them process when Mom comes home after a critical incident. What tools do you, or can you give your family to help them and help you? Allow your first responder to decompress, and explain to the kids, spouse, or significant other that you need some time after the shift to yourself. Explain that you had a hard day because of a bad call. They already know that you can’t release exact information about the call or scene, but they just want to know what is affecting you and how they can be there for you. Processing doesn’t always have to be a conversation, but time with your family after you decompress, and quickly it was a hard day but I am so happy to be here with you, let’s go do something fun together.

You don’t have to be just starting out as a first responder to benefit from tools to help you and your family. We know that change is tough, but it happens all the time. We suggest to others ways to help them with their family and processing scenes, don’t forget to lead by example. Counseling, peer support, treatment programs, whatever it looks like for you, it’s there and helps transition by changing the mindset.

25 years ago, there was no peer support or any support other than the bottle to help first responders, thankfully this changing. Mental Health Training has been more of on-the-job training to help others. Although we see that courses are now being offered to first responders to assist themselves and their co-workers with mental well-being it still seems to be something to check off a list. What if we made it a Habit list instead, First H.E.L.P.’s Responder Readiness Course