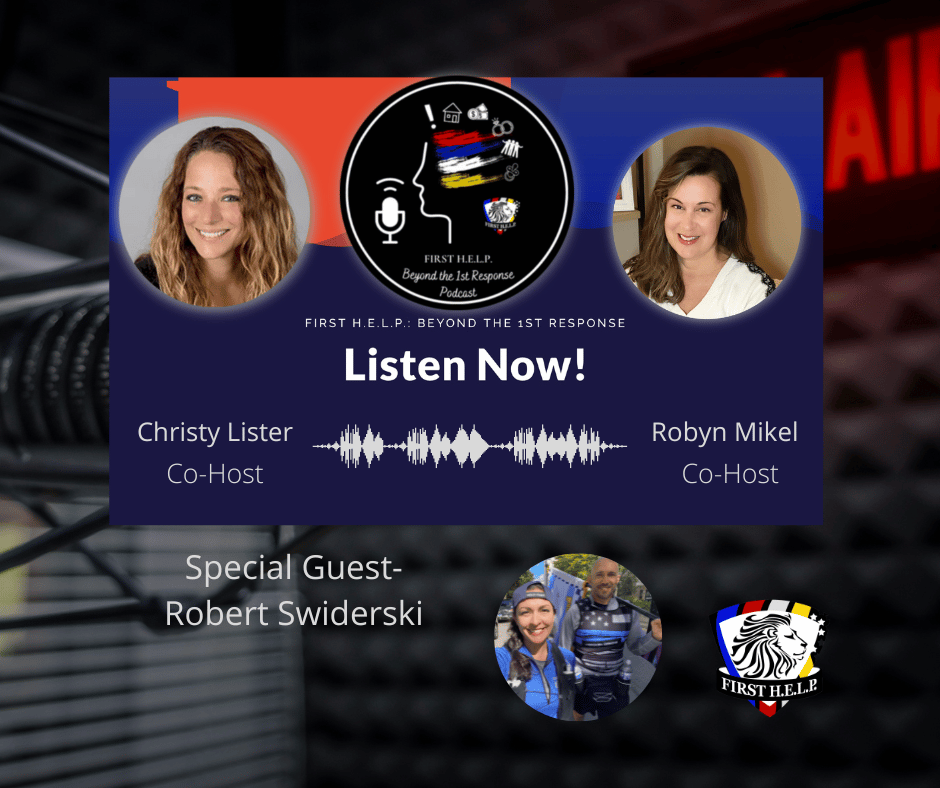 In this episode of Beyond the 1st Response, Christy and Robyn talk to Robert Swiderski. The son of a Chicago Police officer who saw the effects of living in a first responder home, he started Running for Blue Lives .

Chicago PD has 22 districts and 12,000 police officers throughout the city. Because Robert’s Father and Uncles served with the department, his mission is to thank all the police officers for what they do while reminding them they are not alone and that we understand the mental struggles the job brings. Robert does this by walking to all 22 districts in 48 hours; 104 miles. To show he understands the job’s weight, he wore a weighted vest and belt carrying 12,000 pennies in them.

Child of a First Responder

Robert understands all too well how a first responder’s work takes a toll on families. As a child, he saw how difficult it was for his father to process the work day and often coped with alcohol resulting in a short fuse with the kids. As a young man, Robert struggled with some mental health issues himself; living in the dark part of depression, he was able to bring himself out to see the light on the other side by discovering running. This has helped him through the tough times that life throws at him.

After handing out pennies to the officers along the way, he promised that he will be back to hand every officer a unique challenge coin that they could carry and remind them they are appreciated and don’t have to carry the weight alone. Operation Serve and Protect is a GoFundMe fundraiser to help raise funds to purchase 12,000 challenge coins for the officers.

Not every person exposed to trauma will develop PTSI. Still, the environment of first responders can cause more PTSI than other careers as we learn to remove the stigma of mental well-being and start having more conversations, we look forward to seeing the positive effects replace the pushing everything under the rug effect.

Along with the challenge coins, Robert is collecting cards for the police officers. Please take a little time and show your appreciation today.

Send Your Cards To:

Watch This and All #BT1R Episodes!